My holidays were about to come, and I was thinking about going on some Balkan trip, to see their beauties. Because I didn’t know anything about its history, but wanted to learn, I booked my first ticket to Sarajevo, because it was the cheapest one.

The moment I arrived there, everything and everybody were just happy and friendly. When I arrived at the hostel, got settle down, I set with the receptionist, drank coffee and just talked.
She told me about this month, that it was special for Muslim people.
I didn’t know that in that month, they give up their meal and water the whole day and then eat in the evening.

As her recommendation she said that I should go to the Yellow Fortress at that time that they start to eat, they call it “iftar” and I will see the magic.
I wasn’t thinking about it much later, but decided that I’m going to go there.
When I got out of the hostel, I saw so many people outside, getting ready for that meal.
As I was getting closer to the fortress, it was sunset, a lot of people were already there, and I wanted to join in, but there wasn’t any table available.
Some girls came to me, and said to sit with them, and I did. 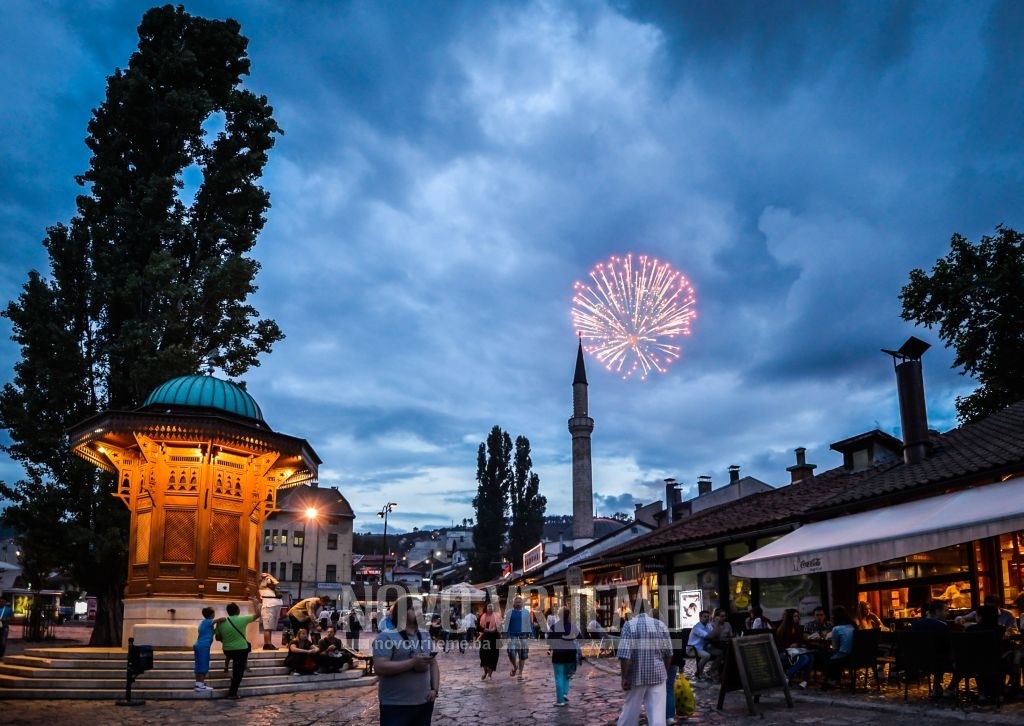 Watching them all cheerful, happy, anticipating that time, watching that sunset from a spot where you can see entire Sarajevo, ah it was magic.
Then I looked at the cannon, and I asked the girl why that is there.
She said that when it comes that time to eat, that cannon will fire, so everybody in Sarajevo can hear it, and know that it is the time.
I was so fascinated.
Soon after, the cannon fired. They all said their prayers and started the meal.
After, that girl invited me on a coffee and a traditional Bosnian sweet – baklava.
After that we walked through the old town, they spoke with like they knew me forever.
Later when I came to the hostel, I was so under impressions and just then knew what she was talking about.
Guys, you really need to see it for yourself. 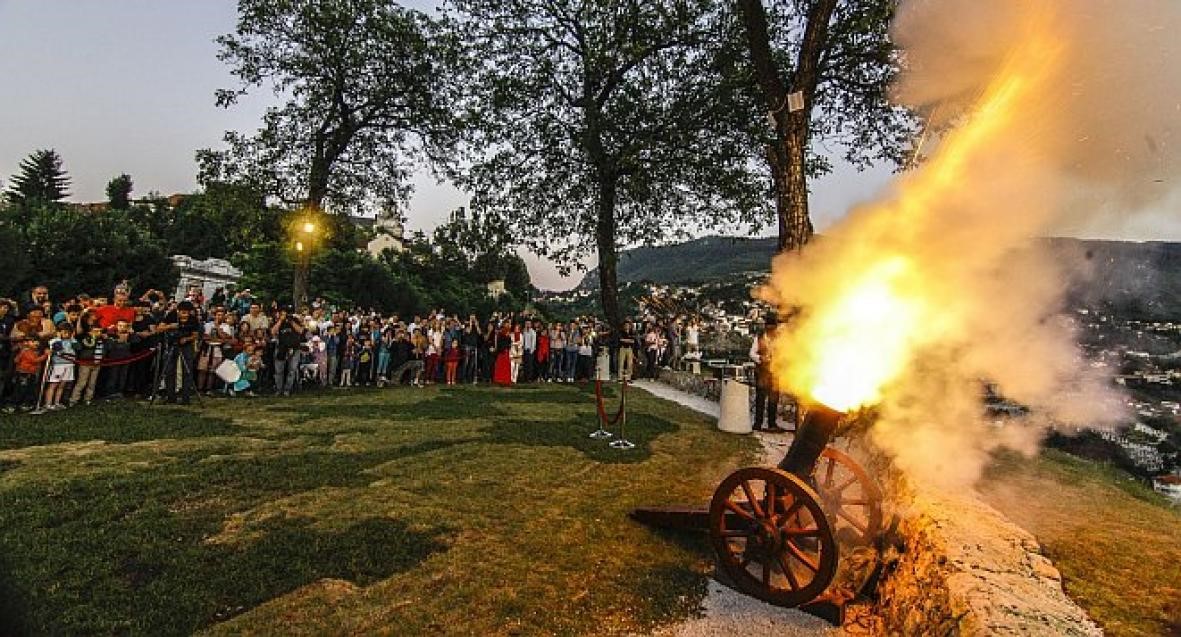