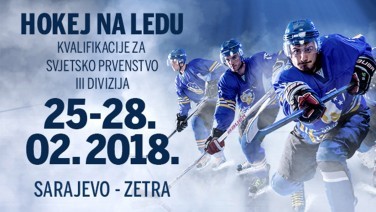 Lets put in a little bit history about hockey fist. J
Name “hockey” started its use from 16th century. Europe had developed a lot of games similar to hockey, so English man and French men in Canada played hockey on frozen rivers and lakes in their shoes, and they tied knives for cutting cheese to it so they could slide easily. Because of that, there is a theory that hockey was invented in town Windsor in Canada. First time in this game, instead of a little ball, was used puck in 1886.

After this brief introduction, let me introduce with Sarajevo’s event.

So, if you are up to see some awesome play, and enjoy the atmosphere, come to Sarajevo on February 25th.  I’m sure that you will. J And, get ready for some awesome games.

So, see you soon guys.