First Sarajevo winter festival was in 1984. That is when Sarajevo hosted winter Olympic Games.
And it is going on every year, since then, that is 34 years. J
For that time, it has become irresistible part of people’s life, symbol of freedom, creation i multicultural life.

You can understand why when I tell you that it lasts for 42 days. From 7th February until 21st March.
So come on, and check it out, I know you will be blown away.

But, let me tell you why Sarajevo is great place to visit in winter. One reason is enough.

Sarajevo is the only city in Europe that has mountains only 30minutes from the center.
Yeah, you heard it right, only 30 minutes away.

I will introduce a little bit with each of them. 🙂
Jahorina –  is the biggest and most interesting ski resort, and has everything you need to enjoy in winter.
From hostels, apartments, to bars and clubs, and parties. 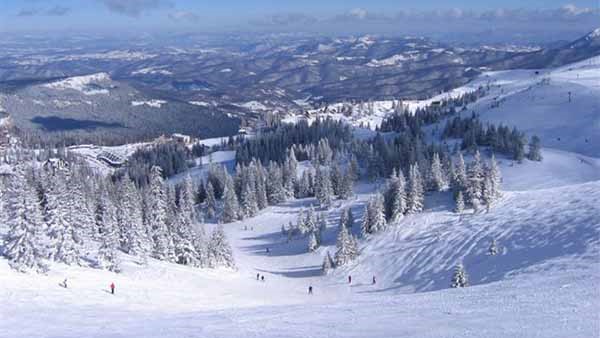 Bjelašnica – held the men’s alpine skiing events during the 1984 winter Olympics. Once you arrive to Bjelašnica, you are going to notice that it actually does not have that many trails. Little did I know that my advantage was that the trails they did have were so well kept that I actually never came across any rocks.
The best part of all for me was definitely the night skiing! Bjelašnica is equipped with spotlights for night skiing recreations. The trail is approximately 750 meters in length. I’m a terrible skier so I always pick night skiing, because it turns into sledging, I know what can I say but I’m such a kid at heart.

Igman – was as well a part of Winter Olympic Games.
Alpine and Nordic sports disciplines were held there.
But unluckily, siege happened, and Igman became an area of major strategic importance, so almost everything was destroyed. 23 years later it is starting to get that old shine, and we are very happy because of it.

With its every right this festival has such importance on all of Bosnians.