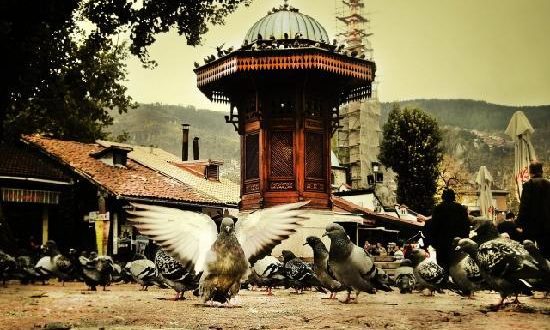 Baščaršija is Sarajevo’s old bazaar center, as well as the historical and cultural center of the city. Baščaršija was founded in the 15th century when Isa-bey Ishaković founded the city of Sarajevo.

The word Baščaršija derives from the word “baš”, which means “main” in Turkish, so that Baščaršija means “main street”. Due to the great fire in the 19th century, today’s Baščaršija is twice less than it used to be. Communist authorities in the 1940s wanted the complete destruction of Baščaršija, but fortunately scrapped the plan. It located on the north bank of the river Miljacka, in the municipality of Old Town of Sarajevo. There are several important historic buildings such as Gazi Husrev Bey’s Mosque and the Clock Tower. Today Baščaršija is one of the main tourist attractions of Sarajevo.

Before the arrival of the Ottomans the largest settlement on Sarajevo field was a village settlement called Tornik, which was located at the crossroads where today the Ali Pasha’s Mosque stands. Baščaršija was founded in 1462, when Isa Bey Ishaković built built the Ishaković han – an inn, and next to it a number of shops. 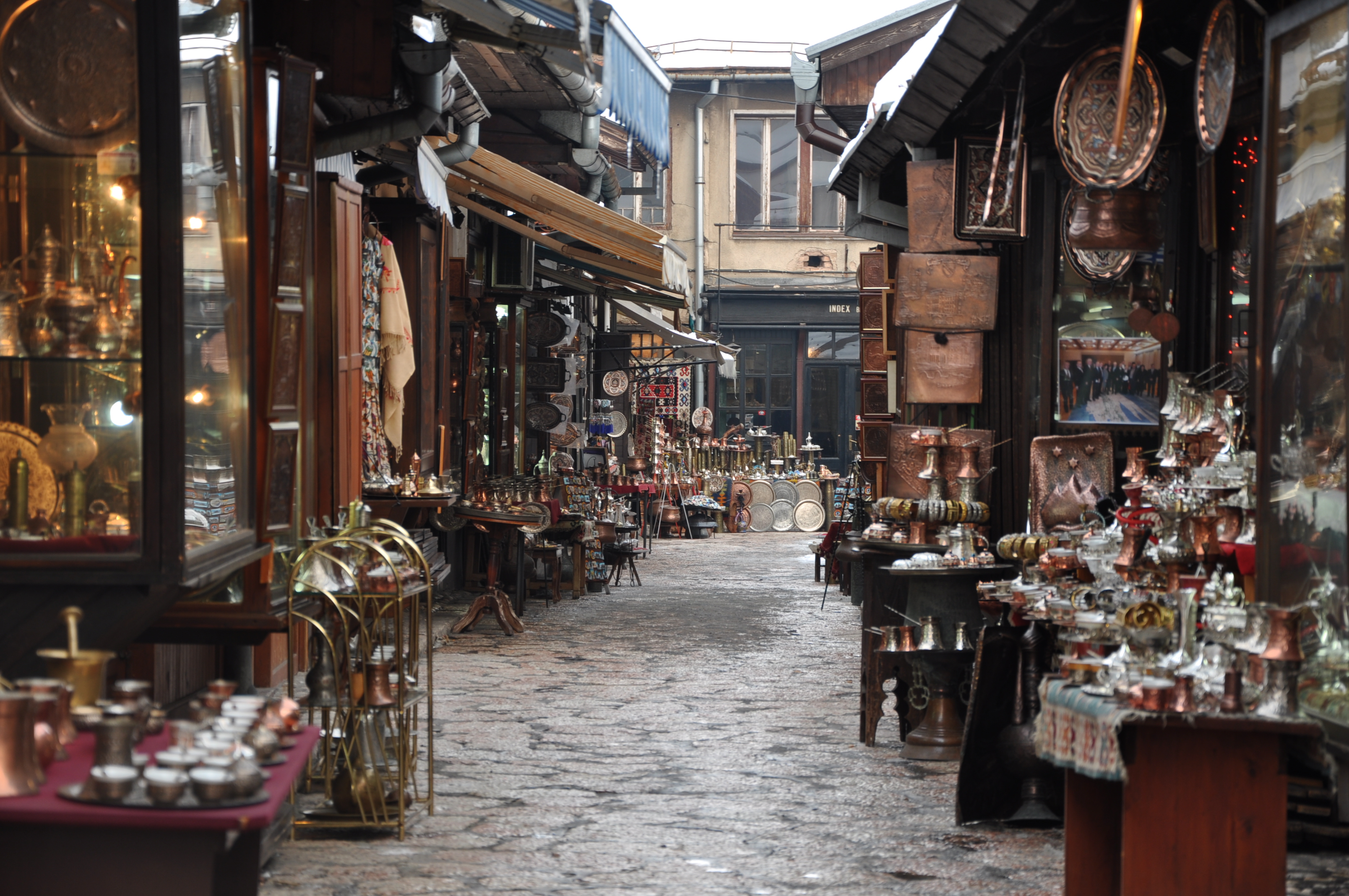 At that time most of the population in Sarajevo lived around Emperor’s mosque. Therefore, Isa Bey Ishaković built a bridge over the Miljacka and so he connected the capital part of Sarajevo with new economic center of the city, Baščaršija. Around the main entrance of the bazaar – Bazardžan was formed – a street that hosted stores with imported oriental goods. To the west Kazaz bazaar – a textile market and on the north side of the bazaar Sedlar and today’s street Sarači. The most significant buildings which were built in this period were mosques. Baščaršija’s famous mosque was built by Havedža Durak in 1528, and Gazi Husrev-beg built his mosque in 1530. Gazi Husrev-Beg raised a madrassa, a library, a haniqah, the Gazi Husrev-Beg Hamam, the Gazi Husrev-Beg bezistan, the Morića Han, sahat-kula and other tourist attractions in Baščaršija.

By the 19th century the area of Sarajevo expanded quite a bit. With the Austro-Hungarian occupation in 1878, many foreign architects wanted to transform Sarajevo into a modern European city. The great fire that burned through the Baščaršija in the 19th century helped the architects with their intention, save that part which is still here. That is how today’s well-known border between Baščaršija and Ferhadija street was formed. With the liberation of Sarajevo in 1945, the People’s Committee decided to gradually build a new city center – scrapping the old one, believing that the old shopping center has no role in the modern city. However, she managed to survive, Baščaršija in the seventies took on a modern standard.