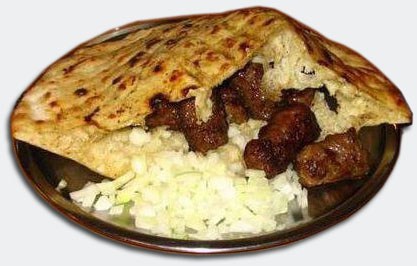 Ćevapi or ćevapčići is a grilled dish of minced meat, a type of skinless sausage, found traditionally in the countries of southeastern Europe (the Balkans). They are considered a national dish in Bosnia and Herzegovina. Ćevapi has its origins in the Balkans during the Ottoman period, and represents a regional specialty similar to the kofte kebab. They are usually served of 5–10 pieces on a plate or in a flatebread, often with chopped onions, sour cream, kajmak, ajvar, cottage cheese, minced red pepper and salt. Bosnian ćevapi are made from two types of minced beef meat, hand mixed and formed with a funnel, while formed ćevapi are grilled.

The word ćevap comes from the Persian word kebab. The word ćevapi is plural; the singular form ćevap is rarely used, as a typical serving consists of several ćevapi. They are also known as Balkan meatballs. 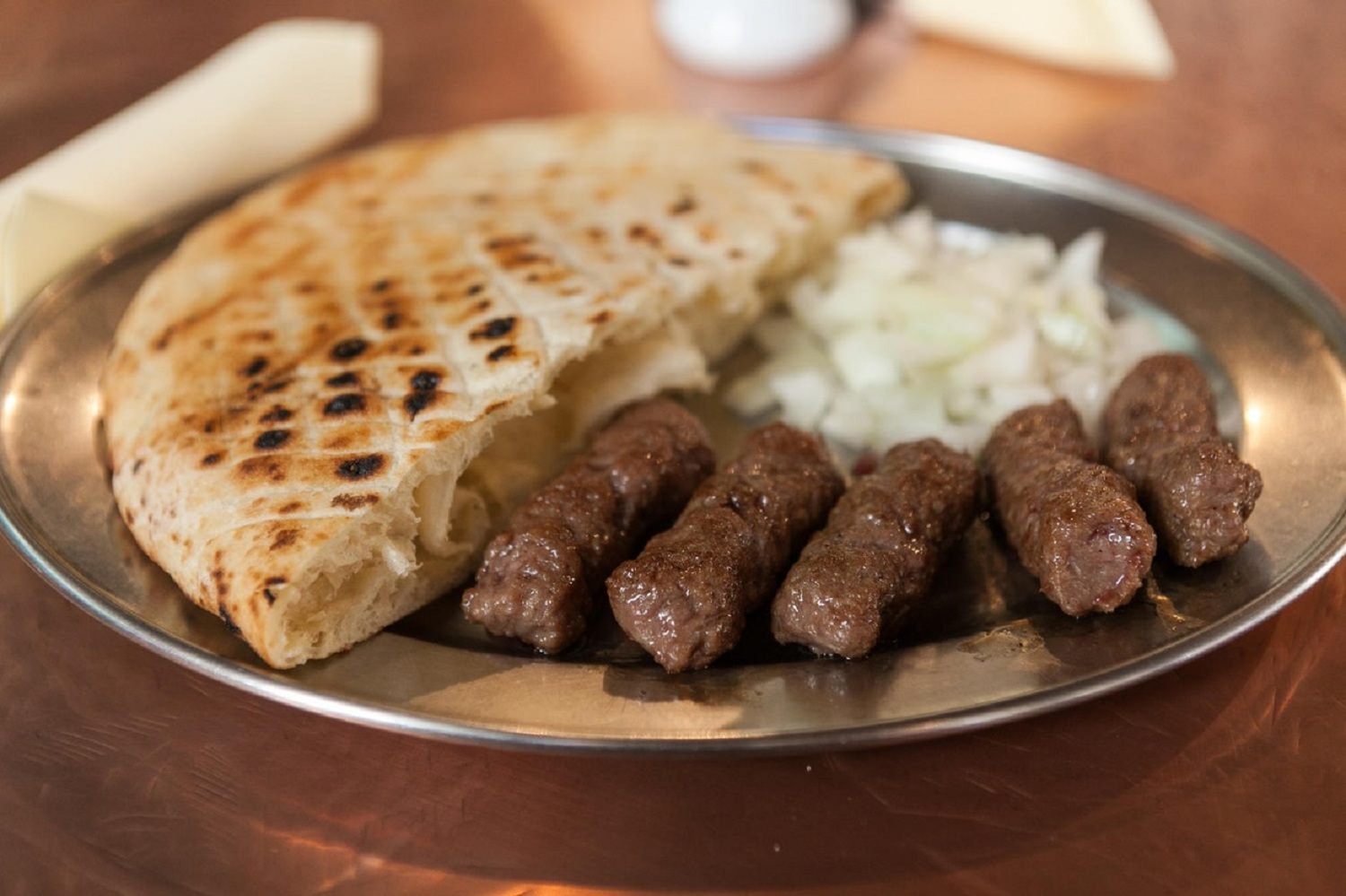 During the Ottoman occupation, hajduks (rebels, outlaws) made the hajdučki ćevap (“hajduk kebab”), which was easy to make. Varieties include the Travnički ćevapi from the traditionally cattle herder area of Travnik, Sarajevski ćevap from Sarajevo area, that look similar but taste slightly different due to variations in seasoning and meat content (some varieties containing lamb or other non-pork meats). In all cases the dish is kept simple, and traditionally served in somun bread with onions and/or kajmak and yogurt or kefir as appetizer, whereas outside Bosnia, it’s common for ćevapi to be served with variety of vegetables and seasonings.

So whenever you are hungry anywhere in Bosnia and Herzegovina – this is a meal you have to try and we promise you will enjoy!