The Yellow Bastion was built in the period of the Ottoman Empire. It is located in the old part of Sarajevo above the sehid cemetery Kovači on the location of Jekovac. Its construction was ordered after Eugene of Savoy invaded in 1697, and the existing bastion Hodidjed proved to be too small a fortress, which was located on the site of present-day White Bastion, and wasn’t enough to defend the city, so Gazi Ahmed Pasha Rustempašić Skopljak began with the construction of walls around Vratnik in 1729.The construction was finalised in 1809. Besides the Yellow Bastion, three other towers were built to fortify the old city (on Kovači, Jekovac and Vratnik). The bastion is located on a cliff on Jekovac so it is also known as Jekovački Bastion 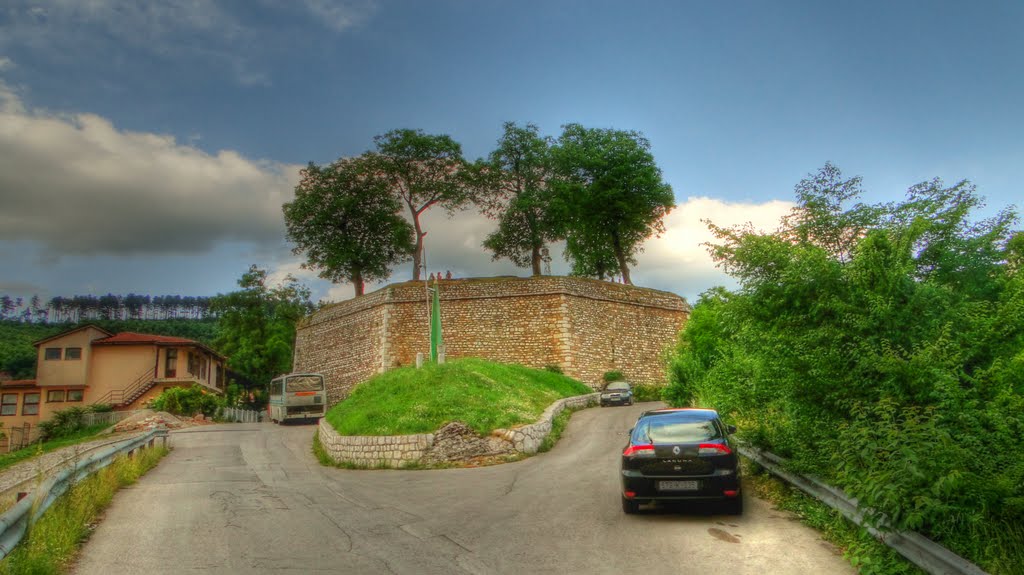 One other name of the bastion that is used is Top (Cannon) as from this location, ever since the Ottoman period a cannon was fired to mark the end of the fasting for muslims at sundown (aksam) during the month of Ramadan. Today, of course, actual cannon balls are not fired but fireworks for spectators are prepared and a “blank” is fired to mark the begining of aksam.

The name of the Bastion comes from the color its special stone gives of – a yellow color which differed from the color of the defensive wall and other towers, hence – Yellow Bastion

After the Austro-Hungarian conquest and siege of Sarajevo the fortress lost its strategic function.