Let’s go back in time…

When you read about Bosnia, you get the fact that there is a lot of history in it.
Let’s get some education, but not the boring kind. J

Old village-town Počitelj:
In 14th century, year 1326, this place was built, and people live here even today, although there is just a few families left in the village.
One of them says that the family “ Dizdari “ was in charge of the village, and that the place was glowing, but nowadays there is just a small number of people, and it is all just shutting down.
He says that he traveled the world because of work, but he never wanted to move out of here, because this place has his soul. J

It was held by a lot of occupiers, and when you see the picture, you’ll understand why.
Although it is hard to get there, because you have to walk a lot, you have the amazing view of Herzegovina. 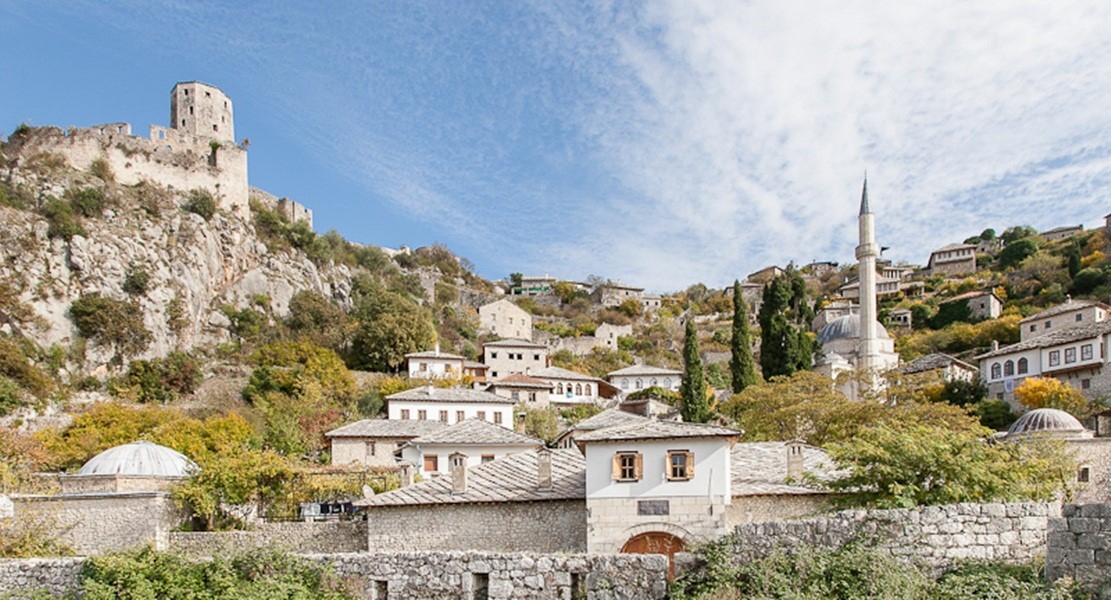 And, when you reach the top of the fortress, you will feel the history too.

Blagaj:
Was built by Romans but they found traces of prehistorical and Illyrian age. It was first a forth, but with time it developed in real jewel of BiH. Most beautiful part of it is the mysterious tekke, and spring of river Buna. 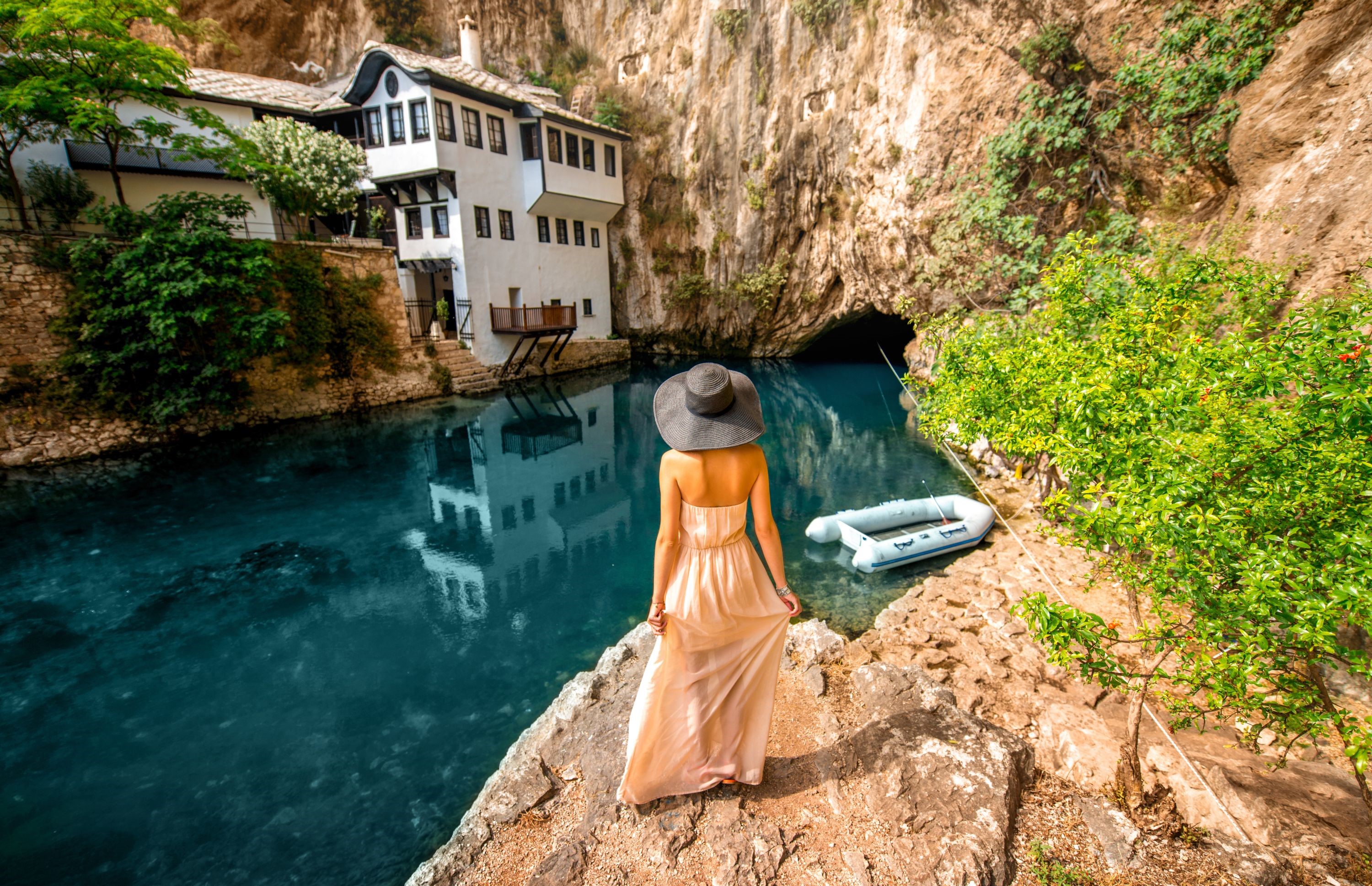 See why?
Yeah, I said woooow as well, and I have been there before. It is fascinating.
As far as the tekke, I need to tell you one legend about its name.
They say that tekke Blagaj got its name by the treasure that Herceg Stjepan Vukčić had buried in the caves. In Bosnian, word for treasure is “blago.”

Kravice:
I really don’t think that I have to say anything about this waterfall.
The picture is going to be enough to wake your imagination up, pack your things, and visit these beautiful places. 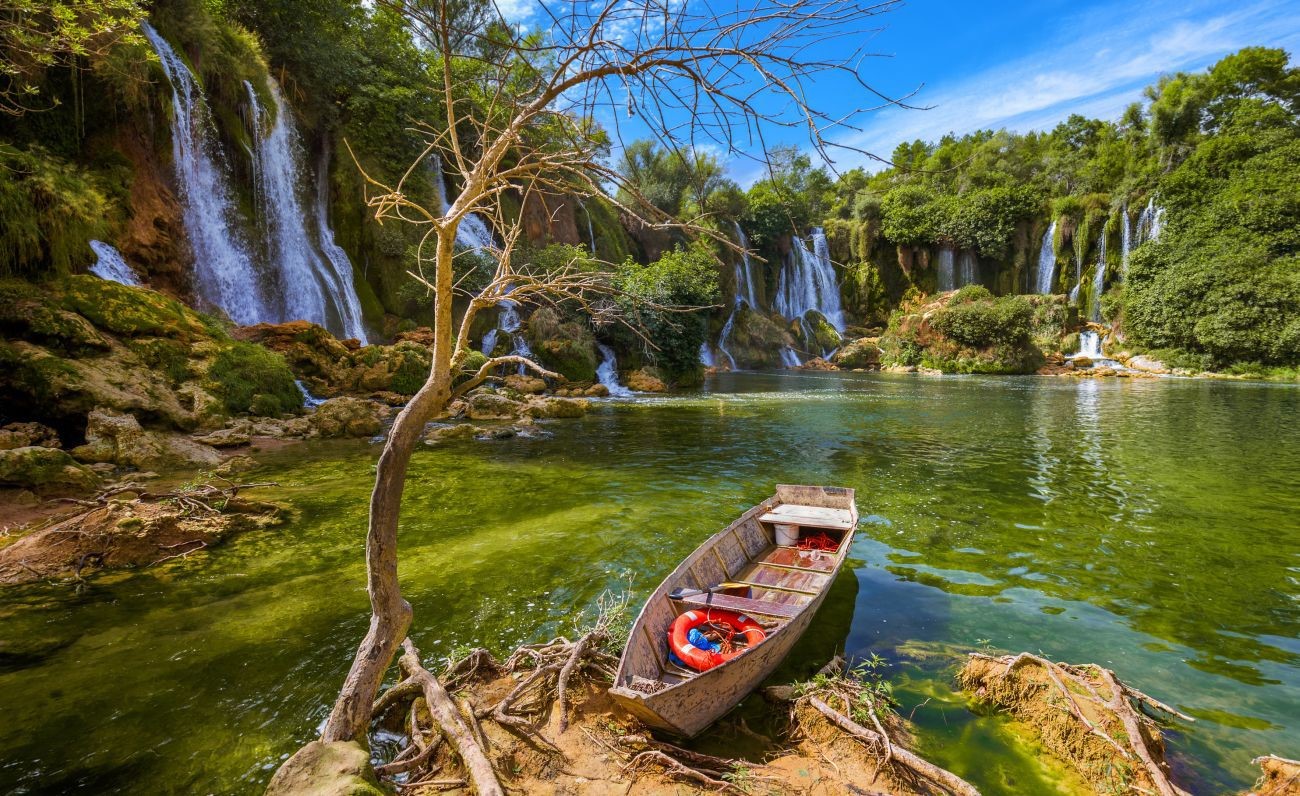