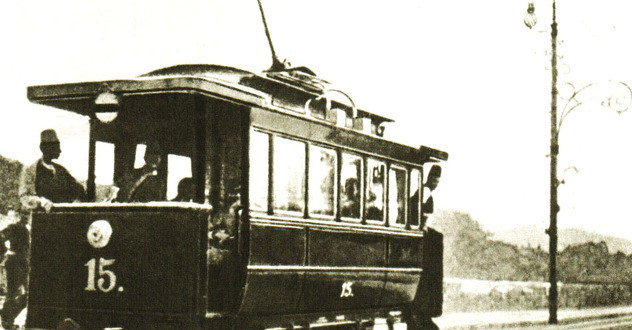 Along with electric lighting, on 1 May 1895, in Sarajevo is going to circulate and the first electric tram, which replaced the horse-drawn tram. The route of electric tram ran from the train station, which was located near present-day hotel “Bristol” to the Latin bridge. Vehicles that are used were produced by the company “Siemens-Sohukert” and these were the first trams incurred in its plants.

The first electric tram had two doors and could accommodate a total of 24 passengers. The trams had separate compartments for smokers and non-smokers and even, initially, there were special wagons for men and women. Drivers and conductors had rules in dressing and hygiene. But, in this electric machinery citizens did not trust and in the start tram mainly circled half empty. However, the following year, on September 6, the electric tram will record a record number of passengers – even 3,800 or nearly 15 percent of the entire population of Sarajevo.

The increased number of passengers demanded significant changes in the mode of transport and then, instead of every 15 minutes, trams were moving every ten minutes from the departure station. The line is extended to the Town Hall on 1 December 1897, and less than a year after in traffic is released another line that went from todays Tito Street to the Cathedral. Over Baščaršija 1923 rail link Coast and Titova street, behind tobacco factory built a new depot.