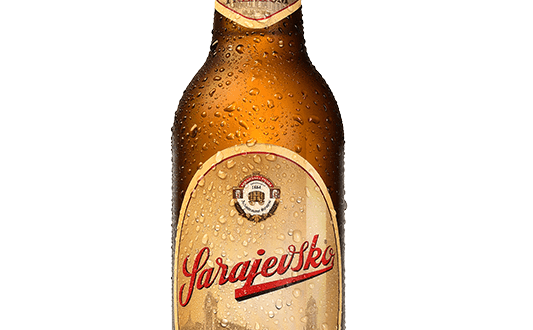 “… The first beer was festive. In a long line of carriages guests were coming: Sheriff governor Osman Pasha, with military and civilian entourage, foreign consuls and the secretaries of the most illustrious citizens of all faiths. Gypsies played.”

Sarajevo’s brewery is the only European breweries whose production was continuous during the Ottoman Empire, and during the Austro-Hungarian monarchy. The building of the Sarajevo’s Brewery is one of the most attractive buildings in Sarajevo, with an architectural style that is a mix of oriental and classical European design. The development of Bosnia and Herzegovina in this period was positively influenced on brewery, which began to operate outside the city of Sarajevo. At present location Brewery is from 1881 and was built at the source of the best Sarajevo’s water, pumped from 300 meters depth. We are the only brewery in BiH, which has its own water source. In 1907, the brewery became the largest in the Austro-Hungarian Empire, and already in 1898 year produced 45,000 hectoliters.

After the First World War and the creation of Kingdom of Serbs, beer production declines. In 1923 the brewery was nationalized. However, in such circumstances, the Brewery has been the exclusive supplier of the royal court, and between the First and Second World War, Sarajevo’s Brewery bought the brewery in Slavonski Brod (1925), Petrovaradin (1927) and built Factory malt in Skopje (1927)..

The development of the Sarajevo’s Brewery was stopped by the aggression on Bosnia and Herzegovina, during which she was almost completely destroyed, and the damage was estimated at more than $ 20 million. However, even in this period Brewery did not stopped working, although production was symbolic – only 3 percent of the previous production. For Sarajevans it was the only source of drinking water in the besieged city.

Successfully reconstructed factory, in its development and modernization has invested around 43 million euros. In 1998 it was signed a three-year contract with Coca-Cola, and the 2002 agreement on the production of non-alcoholic drinks from PepsiCo International.