So as you all may know the 22nd Sarajevo Film Festival started last week.
A few days before it was officially opened, I was walking through the city and you could see how Sarajevo was getting ready for this beautiful festival that was coming up. The stages were being constructed and banners making Sarajevo even more colorful were being put up. You could see posters plastered up for various upcoming events.

Although this festival does happen annually, this year the festival was opened by a very special guest- none the less but Robert De Niro, yeah you read that right. Mr.De Niro himself!
Who hasn’t seen one of the movies he acts in, especially his famous line „Are you talkin’  to me?“
Everything was set for the big screen and for Sarajevo’s special guest. The lines infront of the red carpet were crazy, and De Niro looking all smooth was right there infront of us. It was a special night for both the Sarajevans and De Niro because he received the first heart reward, for his great talent.
De Niro even had a speech ready and the 22nd Sarajevo Film Festival was finally opened! We got to enjoy a restortated version of the original „Taxi“ movie. Just to show everyone how happy and honored we were that De Niro came to Sarajevo, the local taxi drivers decided to tape his picture to their vehicles, so you could see De Niro’s face everywhere in Sarajevo. 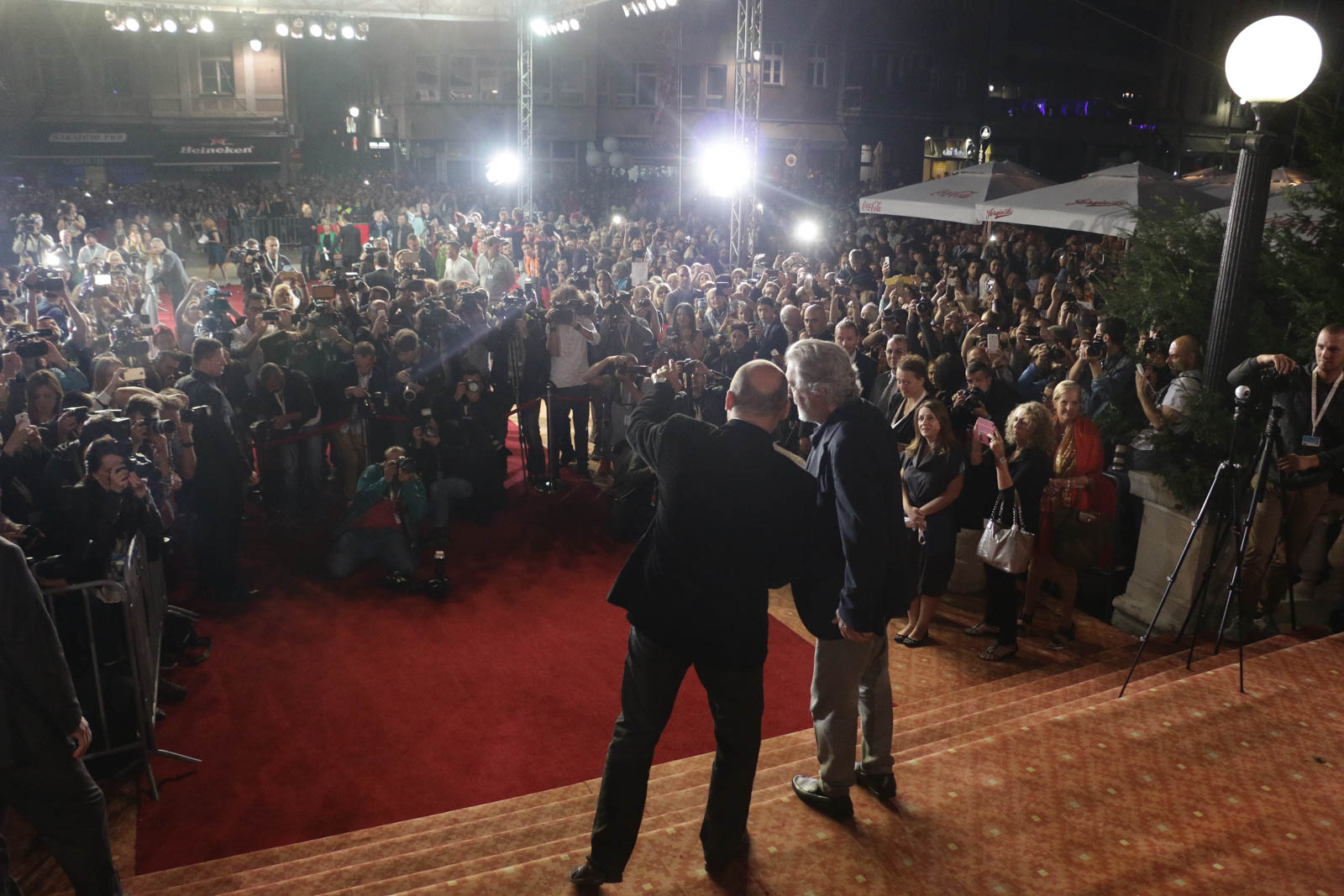 And to our delight surprise all the guests received a complimentary welcome drink, can the night get even better?
„Taxi“ and it was being aired on an open air screen, so apart from enjoying our movie, whenever you looked up you could see the beautiful, starry sky just above Sarajevo. The movie was great, but nothing new.
Then, the after party comes of course! Sarajevo is full of so many great bars and parties. Especially during the Sarajevo Film Festival, you literally have different parties at various cafes and clubs all throughout Sarajevo. The night is alive and it doesn’t matter what genre music you like, you name it rock, pop, folk- you got it all in Sarajevo!
I can’t wait to see what the rest of the festival has to offer!