While I was travelling down to Herzegovina, there was a city that I just had to visit while down there. The city is located in Herzegovina, close to the border of Croatia, Međugorje. Međugorje is special in many ways. The most important thing to mention when talking about Međugorje is definitely that back in 1981, people reported the alleged apparitions of the Virgin Mary to six local children.

Once we arrived to Međugorje, I realized that the name does suit the city oh so well. Međugorje in Bosnian literally means between mountains, and as soon as you enter this city you will fill like you’re hidden somewhere in between mountains, which you are.

On June 24th, 1981, it is said that The Virgin Mary first appeared to six children from the town, when the children told their stories to their families, in the days that followed, people visited the alleged site. It is said that apparitions continued to appear to those who flocked to see the site. Word spread as fast as it could and sooner or later Međugorje was a site of pilgrimage for the Catholics. Each year more than one million people come and visit this holy place. 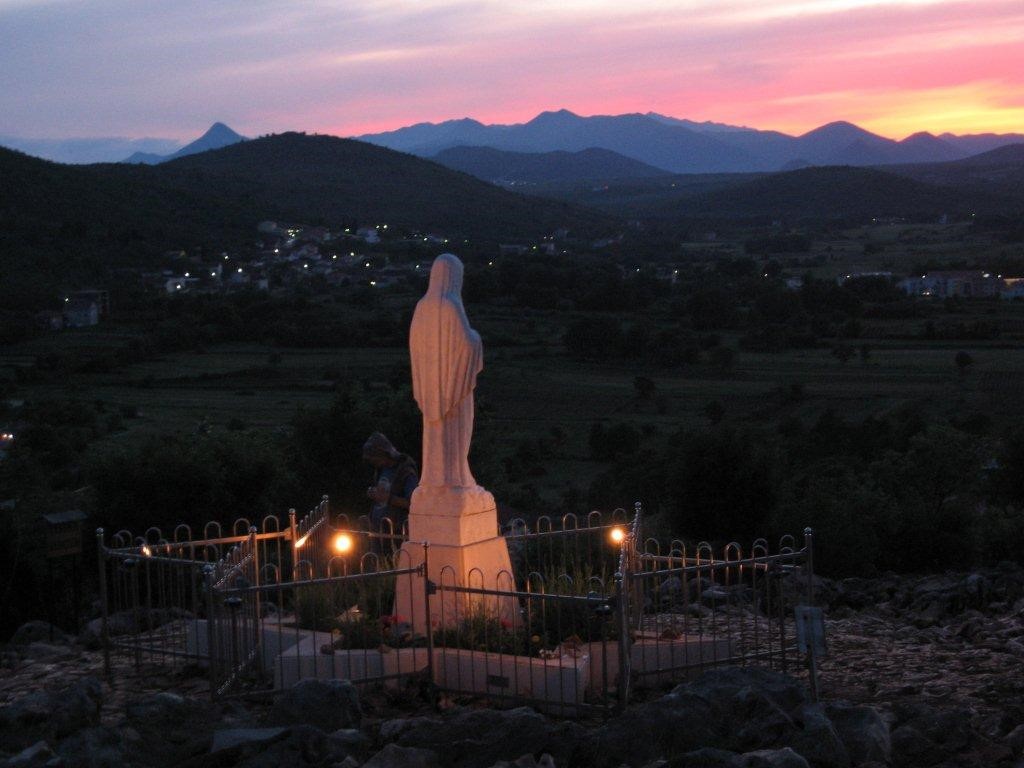 We visited Međugorje that night and trust me it was amazing. They have a statue of Virgin Mary and this is the site where the said apparition is said to have taken place. We stayed and watched the sunset in Međugorje, I must admit I felt at peace here and mellow. On my way back to Sarajevo, I am definitely making a pit stop to Međugorje once again. 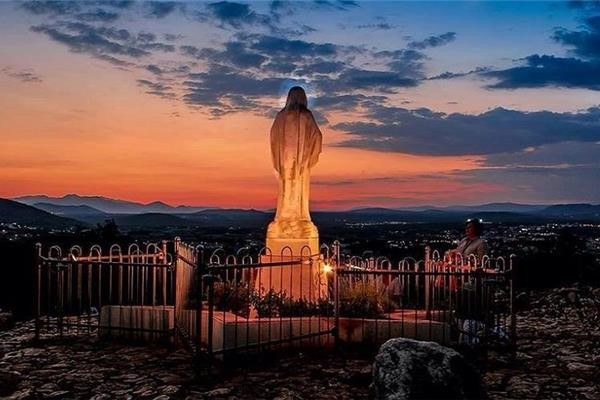