It doesn’t take long for people to fall in love with Sarajevo.  Maybe it is just a few minutes walking around the city until you realise that it will most likely be your favorite city in the world. If you haven’t made it yet to Sarajevo, I am telling you ought to do. Being so amazing, and with so many different things to do, we decided to sum up all the things that make Sarajevo worth visiting.  With its east meets west ambience, it may feel like you are wandering the markets of Istanbul, or strolling through Vienna the next street over.

1. Stroll around Old Town.Walk over the Latin Bridge towards Bascarsija Square (also known as Pigeon Square), which is a great starting point for exploring Sarajevo’s Old Town.  The historic Old Town is welcoming and charming, and had similarities to one of other European cities, like Krakow (with mosques). Climb old Sarajevo mahalas’, and enjoy splendid views on the city from nearby hills. And if you are lover of sunsets, Sarajevo will definetly become number one on your bucket list, because, mark my word Sarajevo do have the best sunsets in the world. 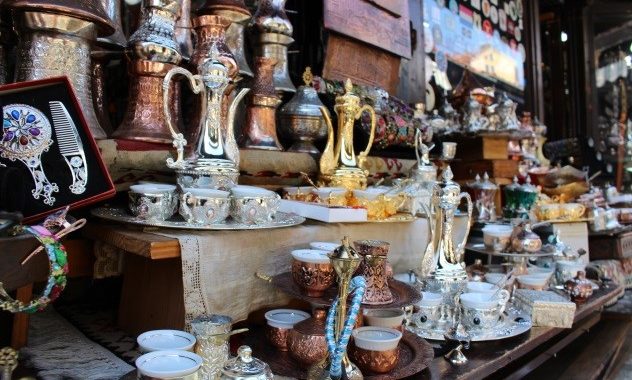 2. Peruse the Coppersmiths’ Shops.  As you might expect, Old Town caters to tourists and you’ll have your pick of shops to purchase beautiful hand pounded copper souvenirs.  However, a discerning eye can tell that not all of the goods are created equal.  If you’re looking for a beautiful, high quality souvenir, make sure to stop in any of them because each and every one of them is high quality made with love. 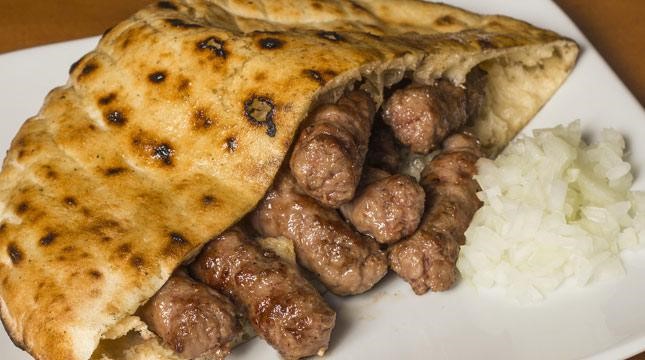 3. Indulge in Ćevapi.Ćevapi is minced meat formed into cylinder sausage shapes served with fresh bread, raw onions and kajmak (similar to sour cream).  Do not let yourself leave Bosnia & Herzegovina without trying this local delight!  As an added bonus, you’ll get a huge portion of this deliciousness for just a few bosnian marks.

4. Visit Gazi – Husrev beys’ mosque – The Gazi Husrev-bey Mosque was built in Sarajevo in 1532 by a famous Ottoman architect Acem Esir Ali, the project was financed by the governor Gazi Husrev-bey.  It was the first mosque in the world to receive electricity (used for electric illumination) in 1898 and is one of the most representative Ottoman buildings in Bosnia.

5. Learn About the Region’s History. The scars of the recent war are still very evident in the city, so we’d recommend „Sarajevo under the siege“ tour to learn about the siege of Sarajevo.  The tour starts at the Tunnel Museum where you can explore a portion of the tunnel that was used to supply Sarajevo with food and arms during the three year siege.  After, you will be taken into the mountains which surround the city and wil be shown (at a safe distance) an area which is still littered with active land mines. You will be shown shown several “snippers’ nests” and the Old Jewish Cemetery (another stronghold for Serbian snippers during the war).

The tour guides are extremely knowledgable and friendly, but what will make the tour especially memorable is personal stories and experiences during the siege.

6. Grab a local brew.Sarajevo beer used to be 9th best beer in the world, so indulge all your senses visiting Sarajevo brewery, have amazing food and relax in the amazing atmosphere

Life is short. Anything could happen, and it usually does, so grab your passports, books and comence your journey throughout Bosnia.