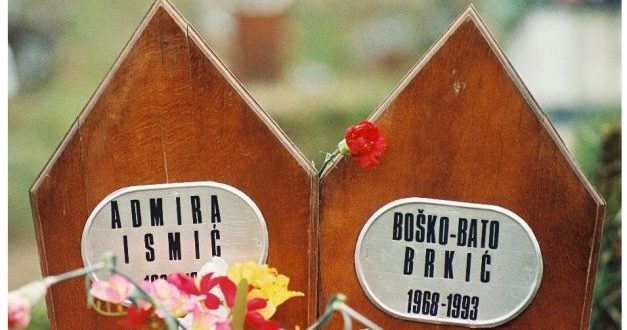 SARAJEVO — The story of Boško and Admira ended with two short bursts from a sniper’s rifle on a Sarajevo bridge on the afternoon of May 19, 1993.

Boško Brkić, a 24-year-old ethnic Serb, was killed instantly. Admira Ismić , his 25-year-old Bosnian girlfriend, was fatally wounded. She crawled to Boško and, after about 10 minutes, died with him.

One eyewitness described the scene in an interview years later.
“The girl was carrying a bag and waving it. They were running and holding hands. It looked like she was dancing,” the witness said. “Suddenly, I heard the rifle shots. They fell to the ground, embracing each other.”

The bodies remained in the no-man’s land of besieged Sarajevo for nearly four days before Serbian forces surrounding the city sent some Muslim prisoners to gather them.

Both sides blamed the other for breaking the shaky cease-fire under which the star-crossed lovers were trying to escape the siege. No definitive conclusions were ever reached. The story flashed around the world in a now-famous dispatch by Reuters correspondent Kurt Schork. For millions around the world, this modern-day “Romeo and Juliet,” a love destroyed by the hatred that surrounded it, brought home the tragedy and senselessness of the destruction of Bosnia and Herzegovina’s capital, Sarajevo.

Twenty years later, the classic Yugoslav rock band Zabranjeno Pusenje (No Smoking) released a new song and video called starkly “Boško and Admira,” a piece suffused with the sadness and dashed hopes of the original story:

The times got worse around them; they had no chance.
But difficult times always bring great romance.
They weren’t from the same tribe, nor did they have the same god.
But they had each other and a dream of escaping out from under it all. 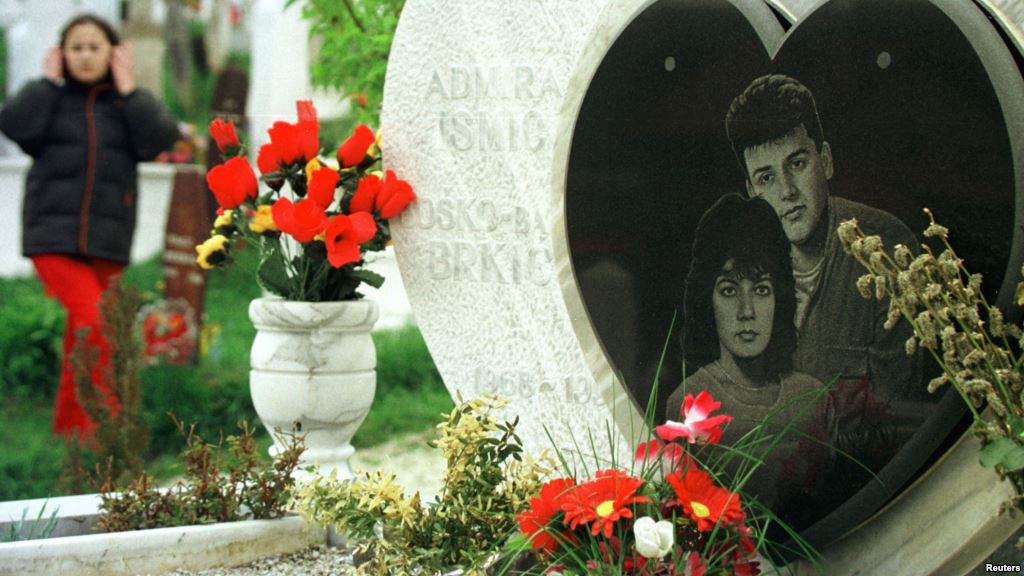 If Bosnia’s capital little resembles the scarred Sarajevo of 1993, it also remains far from the smiling, confident city that hosted the Winter Olympics in 1984, the year that Boško and Admira first kissed at a New Year’s party at the age of 16. Admira’s parents say they plan nothing special to mark the anniversary of their daughter’s death beyond visiting the graves and leaving flowers. Her father, Zijo Ismić, still wrestles with the forces that swept over his daughter, his city, his country.

“War intervened in love — that’s the problem,” Ismić says. “In such situations, the laws of love do not exist. Only the laws of war.”
Boško’s mother, Rada Brkić, left Sarajevo during the war and never returned, unable to face the familiar streets and neighborhoods where Boško and Admira lived and loved.

Boško and Admira are buried in Sarajevo’s Lion Cemetery along with thousands of other victims of the siege. Schork, who told their story, was killed while on assignment in Sierra Leone in 2000. Half of his ashes were buried next to the grave of Boško and Admira.