Tasli Han (Tašlihan / Stone Inn) was a former caravan inn in Sarajevo, located at the beginning of Baščaršija where today Hotel Europe has a summer garden. The Tasli Han was built during the Ottoman Empire from 1540 – 1543 as Gazi Husrev Beys Vakif (foundation). Gazi Husrev Bay was one of the greatest benefactors of the city of Sarajevo and his Vakif erected a great number of objects and buildings in the city of Sarajevo.

After its completion it was one of the greatest buildings of its kind in the region. The building itself, built from stone, formed an irregular rectangle with 47 meters in length. The Tasli Han had a fountain (sadrvan) and mosque for prayer at its center. The second floor contained lodging for travelers that could house up to 90 guests that were received with no charge for their stay, and the rooms were all with heating – the remains of the chimney and stoves can be seen today as the outside wall of the Bezistan. 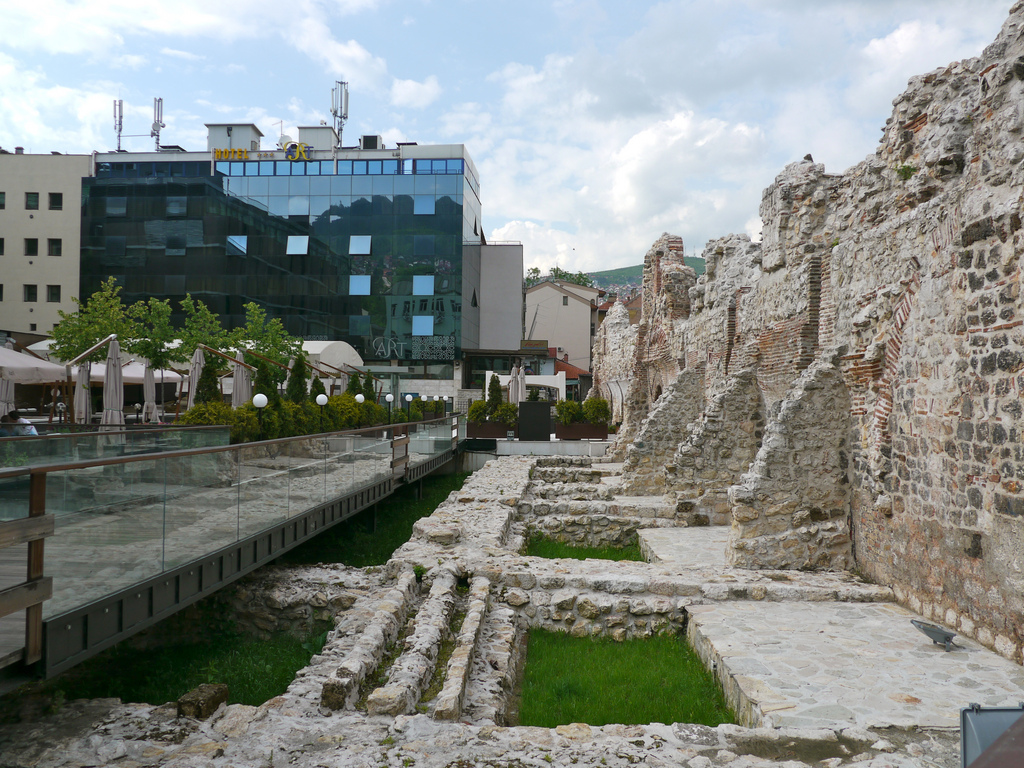 The top floor of the stone building had domed ceilings and the bottom vaulted ceilings from brick and stone. The bottom floor was a trade center with magaze (stores) for local and traveling merchants  and horse stables that could house up to 70 horses. Adjacent to the Tasli Han another building was built – Bezistan which still stands to this day.

The Tasli Han was ablaze many times in the great fires of Sarajevo – the last time in 1879 when it was rendered useless by the fire and never resurrected again, and the last of its walls disappeared in 1912.